Well, it’s been a quite awhile since I’ve been on here.   It seems since I had completed Psalms 119, that I kind of lost motivation to continue doing this, but I think I’m going to come back and see what happens.

During the school year I was going through the story of David with my small group, We finished up the early life of David up around May, then we took a break due to camp, and mission trips, and just, well, I got lazy.  I’ve decided to start a new Bible study on Nehemiah with the purpose of teaching leadership principles.   In reading Nehemiah, we see a man who walks into the role of a leader almost by accident and does so in a humble yet bold way.  It almost seems like an oxymoron, humble yet bold, but I don’t believe you should be one without the other.  Let’s start looking at Nehemiah.

Back story:  The nation of Israel had been invaded by the Babylonians and the people had been dispersed into captivity.   There had been a remnant left behind, basically the poor, the weak, those that didn’t pose a threat to the conquerors.   At the same time, the Babylonians brought in outsiders to resettle the land, so there is now a mix of Jews and gentiles in the land, Jerusalem, the capital and religious center of Israel has been destroyed.   Roughly 130 years later, Persia defeated Babylon and became the rulers of the middle east, the Jews were allowed to go back to Jerusalem to rebuild the temple and resettle.   This had been prophesied by the prophet Jeremiah back when the Babylonians invaded, however,like any movement of God, there was opposition by others and the work was halted.   This is where Nehemiah begins, the temple is completed, but the city of Jerusalem is still just a broken down city, with no walls, no protection at all.   This is where Nehemiah enters the scene.

Now, to understand the position of Nehemiah, you have to understand that the Jews had filtered into the communities and power structures within the empire.  Nehemiah was an official in the king’s court, his wine taster, basically the guy that tasted the kings wine to make sure it wasn’t poisoned.   To have this position was a position of honor and trust.   It may not seem like it, but it was.   So, here we have a man uniquely positioned to make a difference

1 The words of Nehemiah son of Haskalah:

In the month of Kislev in the twentieth year, while I was in the citadel of Susa,2 Hanani, one of my brothers, came from Judah with some other men, and I questioned them about the Jewish remnant that had survived the exile, and also about Jerusalem.

3 They said to me, “Those who survived the exile and are back in the province are in great trouble and disgrace. The wall of Jerusalem is broken down, and its gates have been burned with fire.”

4 When I heard these things, I sat down and wept. For some days I mourned and fasted and prayed before the God of heaven.

So we have his position and place and his situation.   Nehemiah is concerned and broken for the condition of the people of Israel.  His reaction when he hears the news is brokenness.   the result is one of the most incredible prayers ever recorded:

“Lord, the God of heaven, the great and awesome God, who keeps his covenant of love with those who love him and keep his commandments, 6 let your ear be attentive and your eyes open to hear the prayer your servant is praying before you day and night for your servants, the people of Israel. I confess the sins we Israelites, including myself and my father’s family, have committed against you. 7 We have acted very wickedly toward you. We have not obeyed the commands, decrees and laws you gave your servant Moses.

8 “Remember the instruction you gave your servant Moses, saying, ‘If you are unfaithful, I will scatter you among the nations, 9 but if you return to me and obey my commands, then even if your exiled people are at the farthest horizon, I will gather them from there and bring them to the place I have chosen as a dwelling for my Name.’

I was cupbearer to the king.

It’s a model prayer.   It’s exceptional in its simplicity and amazing in the fact that it’s a humble cry deep from a man’s heart.   Let’s break it down even further:

Chapter one ends with a description of what his position in the administration is.  The Kings cupbearer.   The man who is responsible for choosing the kings wine and tasting it, he had the confidence and trust of the king.    When I said he was uniquely placed is an understatement.   This man held the ear of the king, yet it was still a task that seemed to huge for him to contemplated succeeding on his own.   His prayer was for wisdom and timing from God so that he would be able to make a request of the king.   Chapter two picks up on where the request is finally made, but right now, we’re left with the time in between.   The moments from when the request is made to when the request is answered.   It’s a time of uncertainty and a time of waiting. 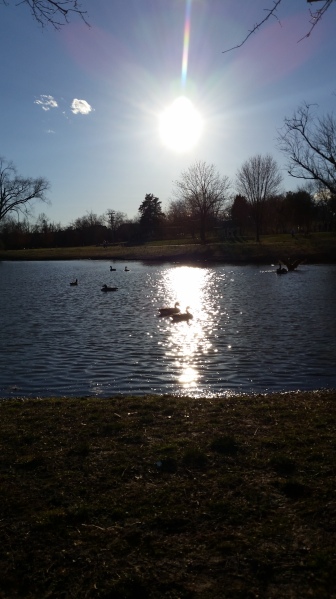